Voices + Sine Waves is a collection of short works by Randy Gibson written over the last 10 years. These works represent the most primal and basic of materials; voices ethereal and guttural; sine waves pure and distorted.

Most of these pieces have been scores for short films or dances, but exist on their own as recordings of a single performance.

Shiver was created as a concept to explore high-prime harmonic relationships, inspired by those pioneered by my mentor La Monte Young, in a short setting. Consisting of a single seven-note chord spelled out only with sine waves, the music unfolds slowly as each pitch is heard in one of four octaves. With the octaves never overlapping for a single pitch, a slow rhythmic structure is achieved through pure process.

Shiver received its world premiere, with video by Oscar Henriquez and dance by Laine Rettmer, as part of the 2008 Avant Media production, Triplicate in New York City. It was shown during the 44th International New Music Courses in Darmstadt as an installation at the Kunsthalle Darmstadt as part of the Nachtclub mit Fenster curated by Manos Tsongaris. Shiver is best listened to over speakers, where the specific harmonies can combine in the air around the listener, and the shimmering rhythms can be heard and felt.

Two Sides was created for the Avant Media produced film by Ana Baer-Carrillo and Kim Olson (the title represents two sides of the same choreography as seen in summer and in winter) and received it world premiere, with the music performed live by Randy Gibson, Adria Ryan, and Laine Rettmer as part of the closing festival for the 2005 Boulder Fringe Festival on August 27, 2005. The poem used as the text material was written by Laine Rettmer specifically for this piece.

The two versions of Two Sides released on Voices + Sine Waves were recorded in a single session in October 2005, well after the World Premiere. Each version represents the same basic material; the underlying music (sine waves, beats) is exactly the same in each version, but the text delivery was completely improvised. Each take is as it was performed live during those sessions. Prior to the mastering, no edits have been made to either version. The sound you hear represents exactly how it sounded in the moment. Voices and Sine Waves blending and mixing in improvisation.

Distant Melodies From A Cold Day Between 23 and 29

Distant Melodies From A Cold Day Between 23 and 29 accompanies my short film, i left you on a cold day in december, which received its world premiere on April 6, 2007 at the Boulder Museum of Contemporary Art in Boulder, Colorado. The music is made up exclusively of sine waves: a sine wave drone (the 23rd and 29th harmonics of an imagined fundamental) and short melodic snippets of notes falling within that range.

Created on a commission from the choreographer Courtney Krantz, Julia was a realization of a simple request: “Create something that is very extreme, it’s very quiet, but also very loud.” Ultimately, the piece was far far far too intense for the intended dance (although it was used later to accompany a dance by Michelle Nance) and ended up being premiere on my first solo concert, Any Little Dog Says So, in Boulder, Colorado, March 6, 2001. Presented in complete darkness, with the instructions to the audio engineer to continue to turn the piece up throughout, at least three people left the theater during the relatively short duration of the piece. This is one of my first pieces, written in 1999/2000, but is still one of my favorites for its purity of statement and sheer intensity.

Mujeres de Juárez was created for the short film by Ana Baer-Carrillo. The film is a powerful and poignant work exploring the unsolved murders of young women plaguing the Mexican border town of Juárez since the mid 1990s. The beautiful images inspired me to create what I consider one of my most beautiful pieces. Recorded over a single night with Laine Rettmer, Mujeres took a single process (recording in and looping snippets of music (something I began exploring in Anger, Room, Two Sides and now Doleo Æternus - it is one of my favorite processes)) and overlaid it with several layers of wordless singing.

After a few weeks of rehearsal, the actual recording unfolded very quickly. A fairly straightforward improvisatory process: I would sing a line, Laine would repeat it back and I would grab it on the computer and loop it. Through a random, but delightful, circumstance, one of us accidentally hit a lower note than planned and created a whole new, much more minor, harmony than we had been working with. A happy accident led to a much more interesting piece of music. After the initial recording, we overlaid three more lines to fill out the piece. Mujeres de Juárez is one of those pieces that I still listen to regularly and it represents my first true foray into raga-based work. The melodic line that opens the composition was taken from my studies in Raga Bilaval, which I had begun learning a few months prior from La Monte Young and Marian Zazeela. The entire composition is deeply indebted to the experience of singing raga and the method in which it is learned.

Text for Two Sides from the poem by Laine Rettmer. 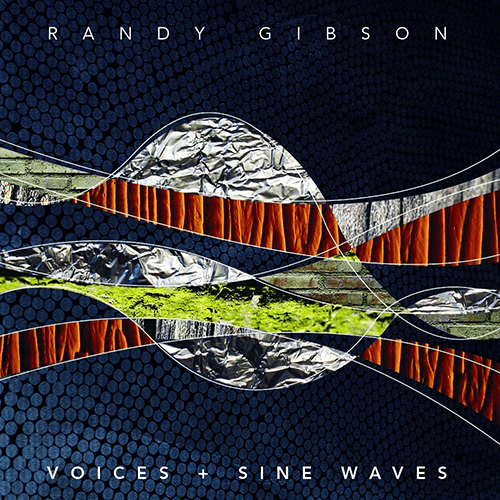