“The effect was often hypnotic, and it was a marvel just watching the singers tackle Gibson’s minute changes in pitch” — Bruce Hodges, Seen and Heard International

“The surprise triumph of the evening was Jenny Olivia Johnson’s deeply moving and beautiful meditations on the trials of young adult-hood...” — Brian M. Rosen 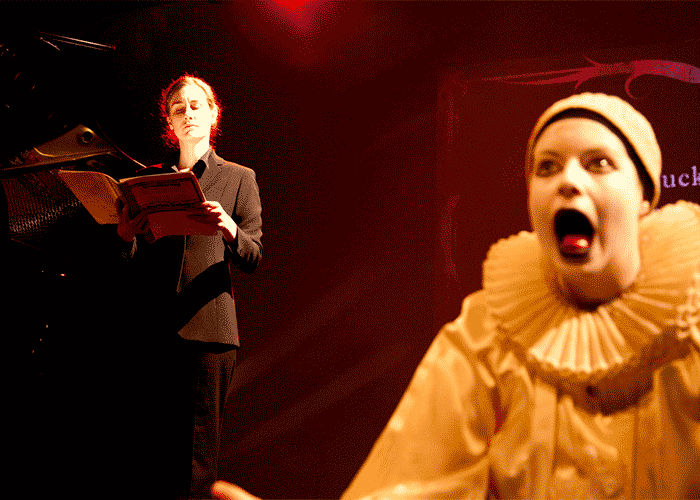 Randy Gibson's Circular Trance Surrounding The Second Pillar with The Highest Seventh Primal Cirrus, The Utmost Fundamental, and The Ekmeles Ending from Apparitions Of The Four Pillars

Jenny Olivia Johnson: An After School Vespers: 4 Songs on Youth/Sex/Death

After School Vespers (Solemn) was a World Premiere, and was written for the festival performance.

2012 was the 100th Anniversary of the World Premiere of Pierrot Lunaire.

Eve Beglarian's Songs from The River and Elsewhere

Randy Gibson's The Third Pillar in Primal Imperfect Palindrome with The Souvenir of The Second Pillar, The Floating Cirrus over the Pumping Slush, and The Highest Moving Chordal Motif from Apparitions of the Four Pillars