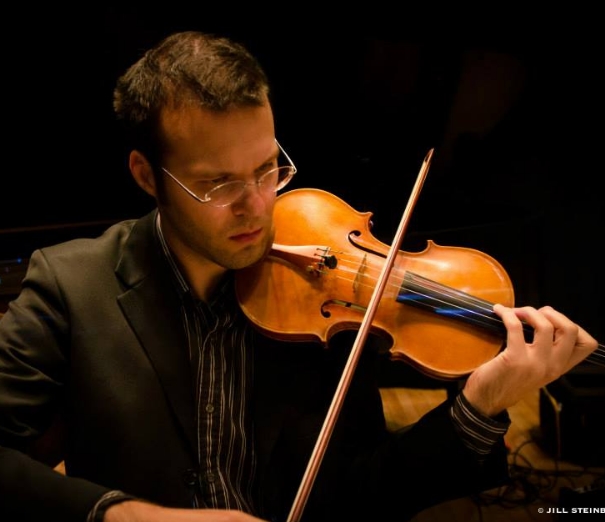 About the work, Pisaro says:

“Exchange is a situation that occurred to me, more or less fully formed, while I was working on other projects in 2000. There was no commission - I didn’t even know anyone who I could ask to do it. Over a period of two months I worked out a version of what I imagined and left it at that. Occasionally people would ask me for violin pieces and I would always send this one too. It does not surprise me that Erik Carlson was the one to finally take me up on the proposition. I’m as curious as anyone else to see what happens.

Here’s a description of what occurred to me:

A pleasant place to be. The presence of sound and light, maybe an open window. On either side of you, very occasionally, the sound of a violin from behind a screen. Two musicians unseen. Almost a melody.”