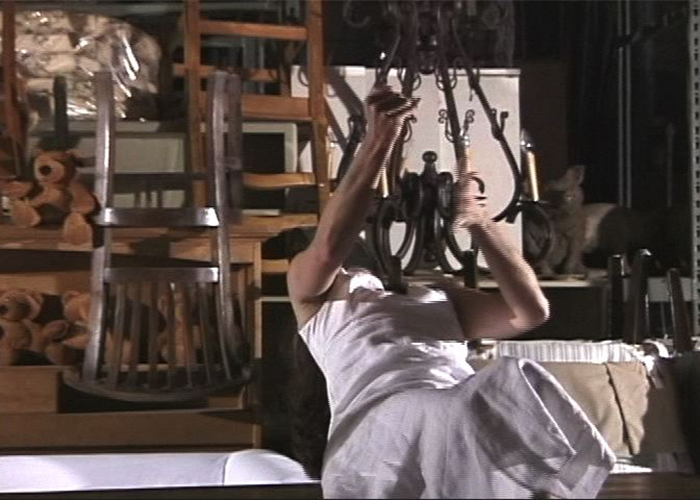 Dani Beauchamp is a dancer and choreographer working in Los Angeles, California. Her work blends the thematic exploration of self and society with the contemporary vernacular of dance to inspire intellectual, emotional, and kinesthetic introspection. Preferring to work in collaboration with other artists to create a deeper sensory experience for audiences, her choreography more often than not is seen in conjunction with film and/or live music and at times is defined by it’s sight-specific nature.

Beauchamp began cultivating her choreographic signature while exploring movement and composition under the tutelage of such influential instructors as Nancy Spanier, David Capps, Michelle Ellsworth, Maria Gillespie, Keith Johnson, and Doug Neilsen. Her growth as a choreographer has stemmed from her constant challenging of the limits of physicality and the juxtaposition of the feeling of being brought to the brink. Her interest in causation fuels her movement choices and she draws thematically from the experiences that have shaped her existence.

As a performer, Dani has had the good fortune of premiering works by Debra Christie, Joe Goode, Gabriel Mason, Alexander Gish, Nina Martin, Kim Olson, and Ana Baer. Her own work has premiered at the Boulder International Fringe Festival, Boulder Museum of Contemporary Art, Los Angeles’ Highways Performance Space, Topanga Park, the University of Morelia in Mexico, and the alternative high schools, September School and Chattanooga Center for the Creative Arts. In 2006, Dani was invited to join Avant Media Performance; a non-profit organization dedicated to collaborative performance work. Her own work, in conjunction with Avant Media Performance, has been produced at the Highways Performance Space. In addition to her collaborations with Ana Baer-Carillo and Randy Gibson of Avant Media Performance, she has collaborated with a number of artists including Heather Libonati (lighting designer - LA), Margaret Sikes (choreographer/dancer - TN), and Mike Rugnetta (composer - NY). In 2007, experimenting with dance for the camera, Dani’s short film Saturate premiered as an installation at the San Souci International Film Festival.

Dani is also the co-owner of Second Story, a Pilates and GYROTONIC® method studio in Los Angeles county.