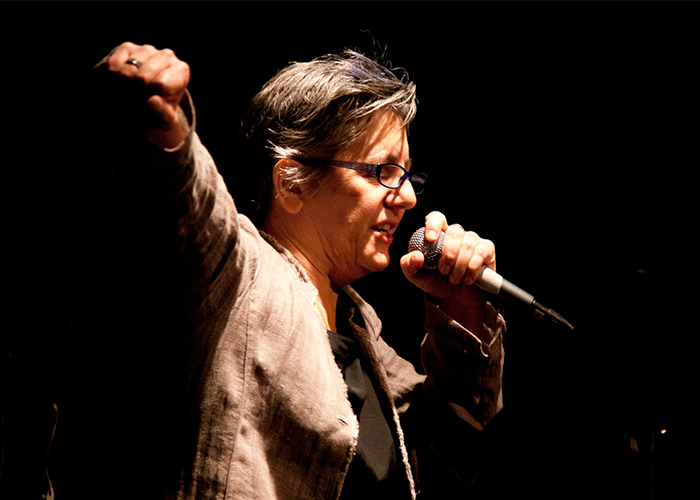 Eve Beglarian "is a humane, idealistic rebel and a musical sensualist." "One of new music's truly free spirits,"* and a "remarkable experimentalist," she is a composer, performer, and audio producer whose music is "an eclectic and wide-open series of enticements." She recently completed a four and a half month journey down the Mississippi River by kayak and bicycle, which is documented on her RiverBlog. Her chamber, choral, and orchestral music has been commissioned and widely performed by the Los Angeles Master Chorale, the American Composers Orchestra, the Bang on a Can All-Stars, the Chamber Music Society of Lincoln Center, the California EAR Unit, the Orchestra of St. Luke's, Relâche, the Paul Dresher Ensemble, Sequitur, and individual performers including Maya Beiser, Lauren Flanigan, Sarah Cahill, and Marya Martin.

Beglarian was a featured composer for the 2012 Avant Music Festival presenting a mixed evening of songs, many of them performed by singers other than herself for the first time. Beglarian’s video work was featured in the 2013 presentation of John Cage’s Apartment House 1776 and will appear in Cage’s Song Books celebrating Cage’s 102nd birthday to kick off Avant Media’s 2014-15 Season.