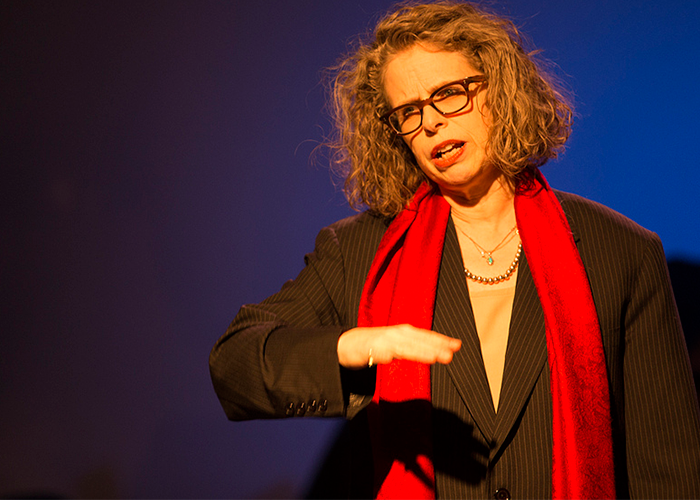 New York City music-maker Kitty Brazelton loves to do everything: sing, play in bands, improvise, compose operas, symphonies, music for chamber, church and choir, teach, write, translate ancient texts, read in four languages, study, watch, listen, and learn as much as she can about the world around her. Music has been her passion since the age of eighteen when she simultaneously joined the campus acid rock band, discovered medieval plainchant, radical free jazz improvisation and the ascetic serialism of the mid-20th-c. classical “uptown”.

"Brazelton is a totalist composer, part of a generation that believes that there's more than one way to compose and that all musical genres are available for use, from high modernism to downtown funk. She isn't interested in cheap irony or vain attempts at hipness, though; she's stylistically inclusive because she simply wants to make interesting and original sounds."—Danny Felsenfeld, Time Out New York

Still, Kitty continues to see herself as working deep within the classical tradition, infusing American dialects into complex, passionate structures. A Doctor of Musical Arts in Composition (Columbia University), her chamber music can be heard on CD in innovative works for Manhattan Brass Quintet and California EAR Unit (CRI Emergency/New World) to which Gramophone UK responded:

“Few composers are as uninhibited in saying exactly what they want to say…a trip you’re not likely to forget.”