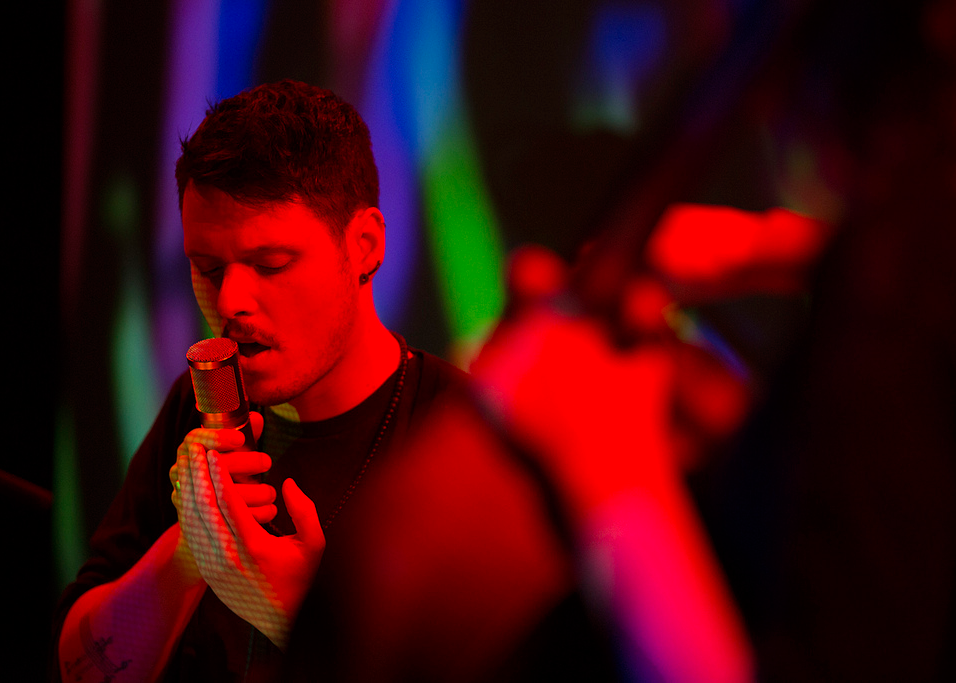 Gibson during a performance of Apparitions of the Four Pillars...

Randy Gibson is a composer and performer based in Brooklyn. He works with structure, evolutionary and naturalistic compositional models, and improvisation to create enveloping and ritualistic works in Just Intonation.

Since 2003, Gibson has studied with seminal Minimalist pioneer La Monte Young. Continually humbling and revelatory, his studies with Young have brought great clarity and devotion to his work. Through his studies of Rāga singing in the Kirana tradition with La Monte Young, Marian Zazeela, and Jung Hee Choi he has begun to glimpse the universal truth of sound.

By presenting his work with visual and ritualistic elements (incense, video, lighting), Gibson offers the audience a way into the frame of mind to embrace stillness and become absorbed in the sonic experience.

In late 2009, inspired by La Monte Young’s systemic and eternal approach to pitch and Vertical Hearing, Gibson wrote a set of tuning theories called The Four Pillars which has provided the harmonic underpinnings for all of his subsequent work.

In 2010, under a grant from the American Music Center, Gibson traveled to London to premiere The Third Analog Pillar. The performance was hailed by Liminal’s Scott McMillan as "a moment of relative calm, of stillness, and of pleasingly soporific and mind-emptying purity." His solo just intonation piano album, Aqua Madora V-ii-2008 21:07:26" - 21:54:40" (NYC), was selected by Textura as one of the top 10 albums of 2011.